The Taming of the Shark

A BIG SHARK jumped him!!! 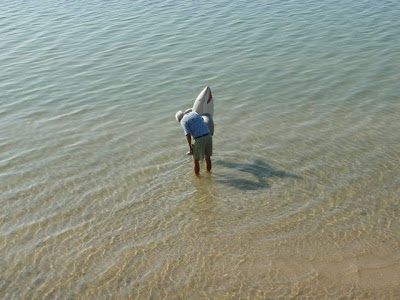 Right out of the water it came !! 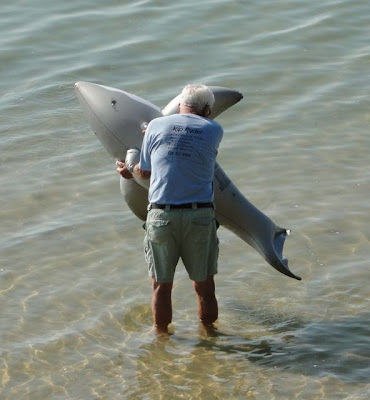 It was fierce, and it grabbed the man's arm with its dorsal fin !! 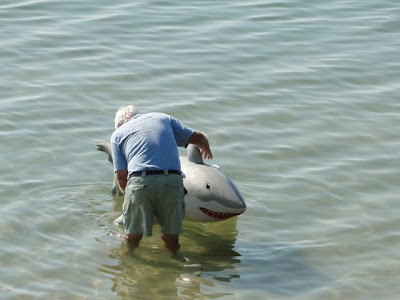 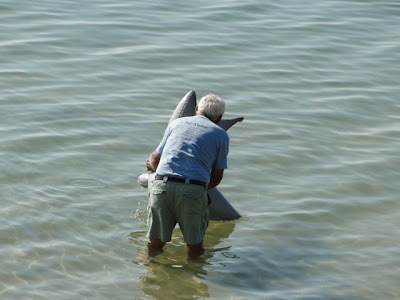 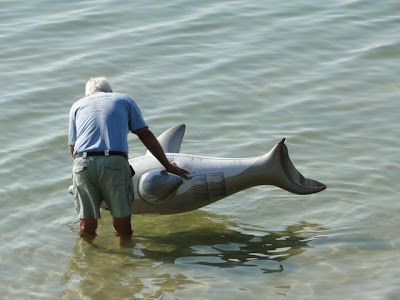 But the man got the shark on its back! 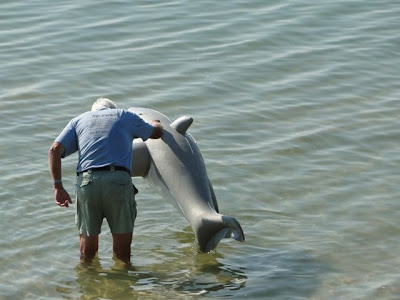 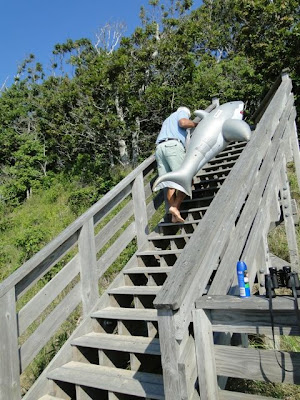 And he hauled him up the steps to take him to fish school were he might learn some good manners. 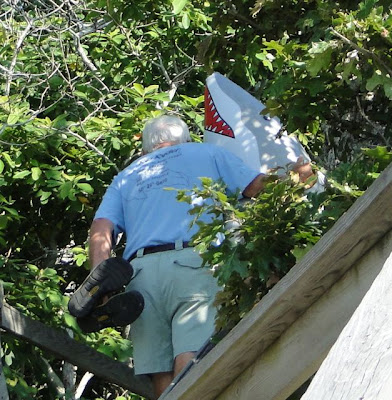 Ruh - roh.
The shark didn't want to go.
He pleaded his case.
(As he showed some very SHARP TEETH)
And he promised to be a good shark . . .
so the nice man took the wily shark back to the water. 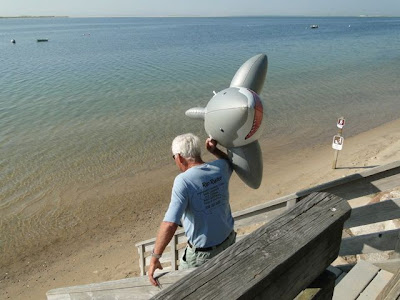 (You can meet this intrepid pair at the USFWS headquarter's parking lot on Morris Island, Cape Cod. And while you're there check out the Monomoy Island Ferry which will transport you to areas where you'll see the natural delights (Seals!) along the shores at the elbow of the Cape.)

PS:  And now the rest of the story.  Ed was checking the shark for leaks.   That required submerging different quadrants and waiting for tell-tale bubbles.  A very gentle encounter.
Posted by Cathy at 5:44 PM 3 comments: Links to this post