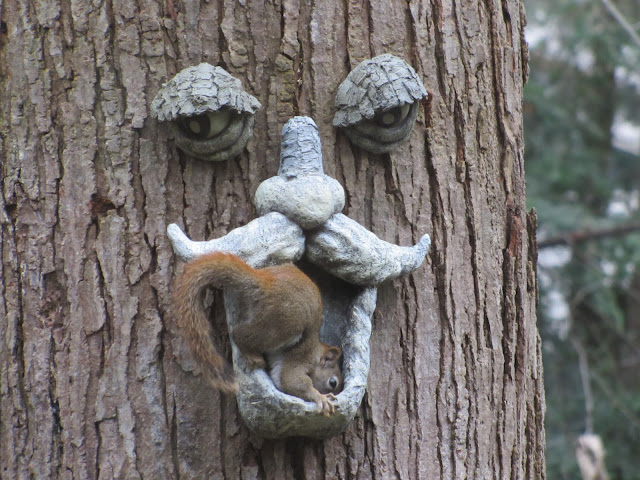 Pack it away,
theres’ snow on the way.
The squirrels are so busy,
they’re all in a tizzy
to stash nuts for the day
we’ve been holding at bay
that now will arrive
while our need to survive
sends us out to the kitchen
with that tooth that’s been itch’n
for pastry and butter,
synthetic and other,
to stuff in our face
en route to our waist
in commensurate measure
to the squirrels’ buried treasure.

Waiting For the Sun 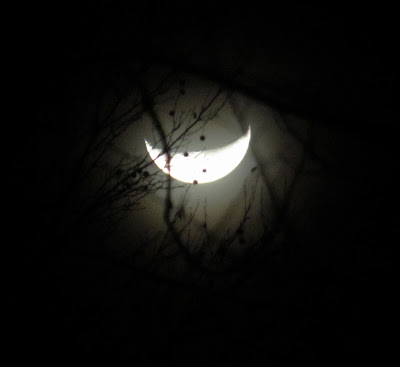 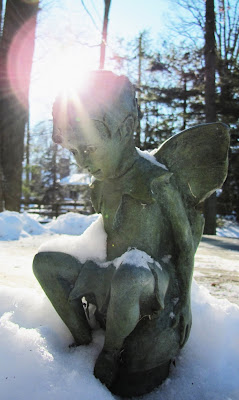 Bringing the Sun Up

No lights in the neighbors' windows yet.
Venus, my February companion,
floats above Ed’s roof.
The planet is so bright with reflected light
that the cold on my cheeks
feels like heat.

That’s why I stand here.
On a quiet street, waiting.
For the planet's fading into dawn.
For the cardinal's silhouette at the feeder,
For Ed, in his red flannels, collecting the paper.
For the heart’s cares melting,
like Venus,
into morning. 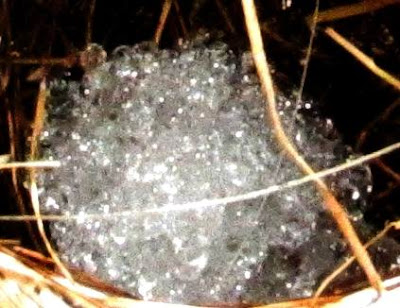 I found this gem in the most unlikely place. Can you guess where? 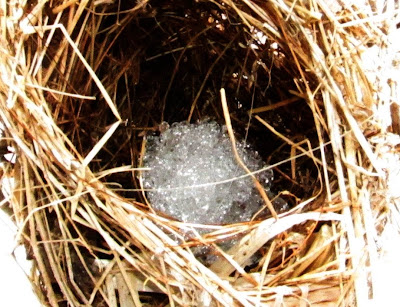 This graceful little nest hangs just above the ground beside a path in the local woods. 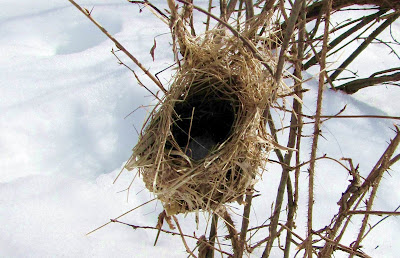 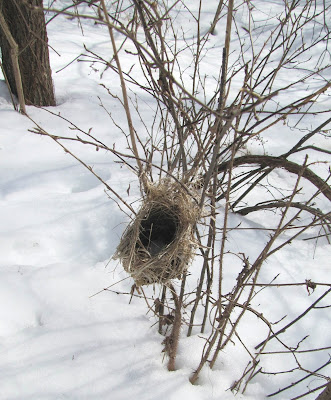 (click for larger image)
It was perhaps a foot off the ground and was pendulous like an oriole nest. It was approximately 5 inches long and at the widest part, maybe 3 inches. Any ideas as to who built it?


March 9 UPDATE:
NEAT! Tom from Ask a Naturalist.com has solved the mystery! He consulted two experts and the consensus is red-winged black bird. An oriole nest is also a possibility. Thank you Tom!

EARLIER UPDATE:
My friend, Jonna, suggested perhaps, that the nest belongs to a Red-eyed Vireo! This from a site called Familiar Birds of America:
"Nesting.--The red-eyed vireo builds a dainty little pensile nest suspended usually from a forking, horizontal branch of a shrub, or low branch of a tree, rather below the level of our eyes as we walk through second-growth. The nest is a beautifully finished piece of workmanship, constructed of fine grasses and rootlets, bits of birch bark, and paper from wasps' nests, bound together and to the supporting branches with spider's or caterpillar's webbing, and, perhaps the most constant material, long, narrow, flexible strands of grapevine bark, which help to hold up the cup of the nest. It may be ornamented on the outside with bits of lichen. Dr. Arthur A. Allen (1932) says that it has thinner walls usually than other vireo's nests."

Posted by Cathy at 8:01 PM 8 comments: Links to this post 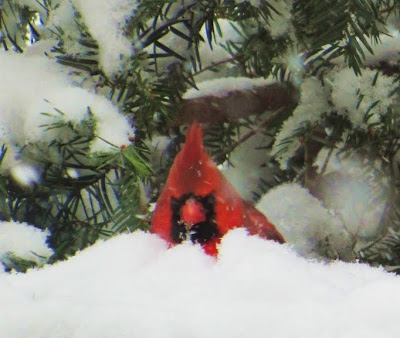 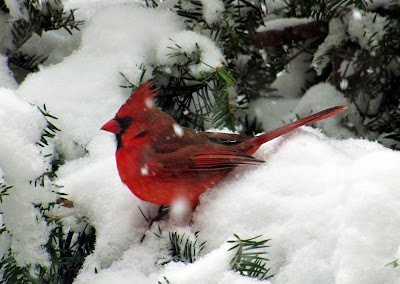 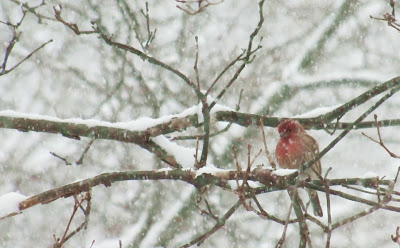 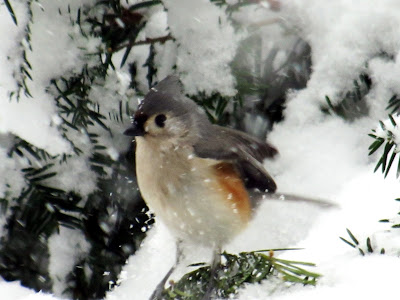 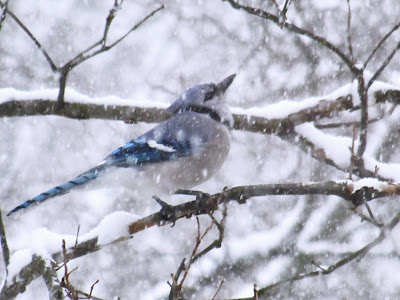 I Heard a Bird Sing

Oliver Herford
Posted by Cathy at 8:57 PM 11 comments: Links to this post 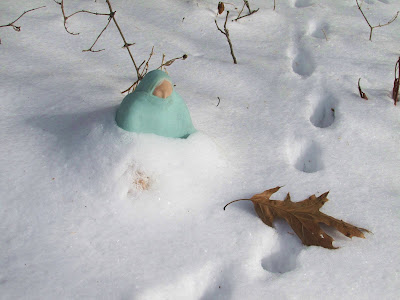